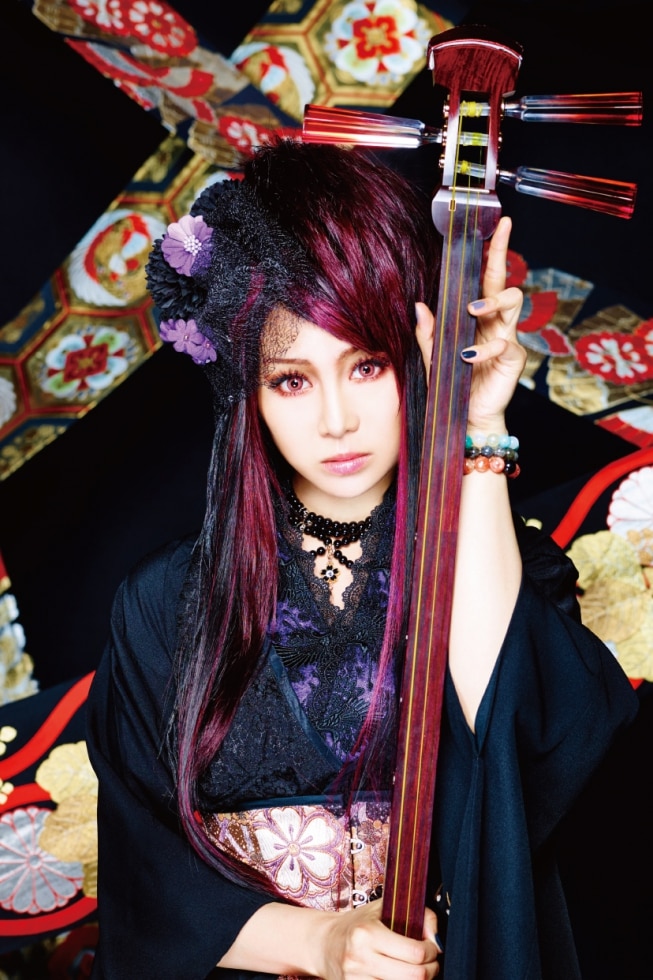 Born in Kyoto, She started to take lessons of a traditional folk song in Osaka school at the age of 4.
She was awarded the Grand Prix of "Japanese Folk Song Junior Festival", "Sankei Folk Competition"and "Honjyo-oiwake National Competition", also received the Minister of Education Award and the Chief Cabinet Secretary Award.
When she was 15 year old, she had gave high priority to playing the Tsugaru-jamisen for reason of hurting her throat.
Starting her music career in Tokyo to purchase the possibility of the music with Wagakki.